A performance instrument prototype for the iPad

made on Max/MSP, MIRA, and Ableton Live

THIS IS A WORK IN PROGRESS

This project is on hold at the moment. It will more likely be deprecated as I've found it to be somewhat overly complicated, and perhaps gratuitously so. Still, a lot of work went into the development of this instrument, so I'm sticking with the philosophy behind the design and will look forward to revisiting it in the intermediate future, hopefully with an upgraded sketch that is much simpler (and simpler to manage!).

The main idea behind this project came out of the desire to:

That is to say, to exploit music technology’s inherent virtues. To explain this by a contrasting example: an acoustic violin, as versatile as it is, its design limits the use of the left hand to follow the strings in the way they have been mechanically set up: one couldn’t easily detune them in realtime, or smoothly jump from one extreme of the fingerboard to the other – or for that matter, to match the fingerboard's length to a doublebass' fingerboard (the wood itself would have to be cut differently if it were indeed possible to do so!). But a computer program that is designed to playback any audio waveform whatsoever can easily switch from playing a double-bass to playing a flute sample, or flick the frequency of an oscillator quite drastically.

The Rauschenberg instrument is made up of four fader-keys. Let’s first look at the anatomy of each one: as soon as the finger touches the iPad, a sound is triggered; one can then slide the finger vertically and/or horizontally...

Here's a rough video demo of the instrument itself:

There are four layers, each with four fader-keys, which are each able to play one of four different timbres. Each fader-key is discretely connected to a group track (FK1 - FK4) and each group track is split in two: A & B... 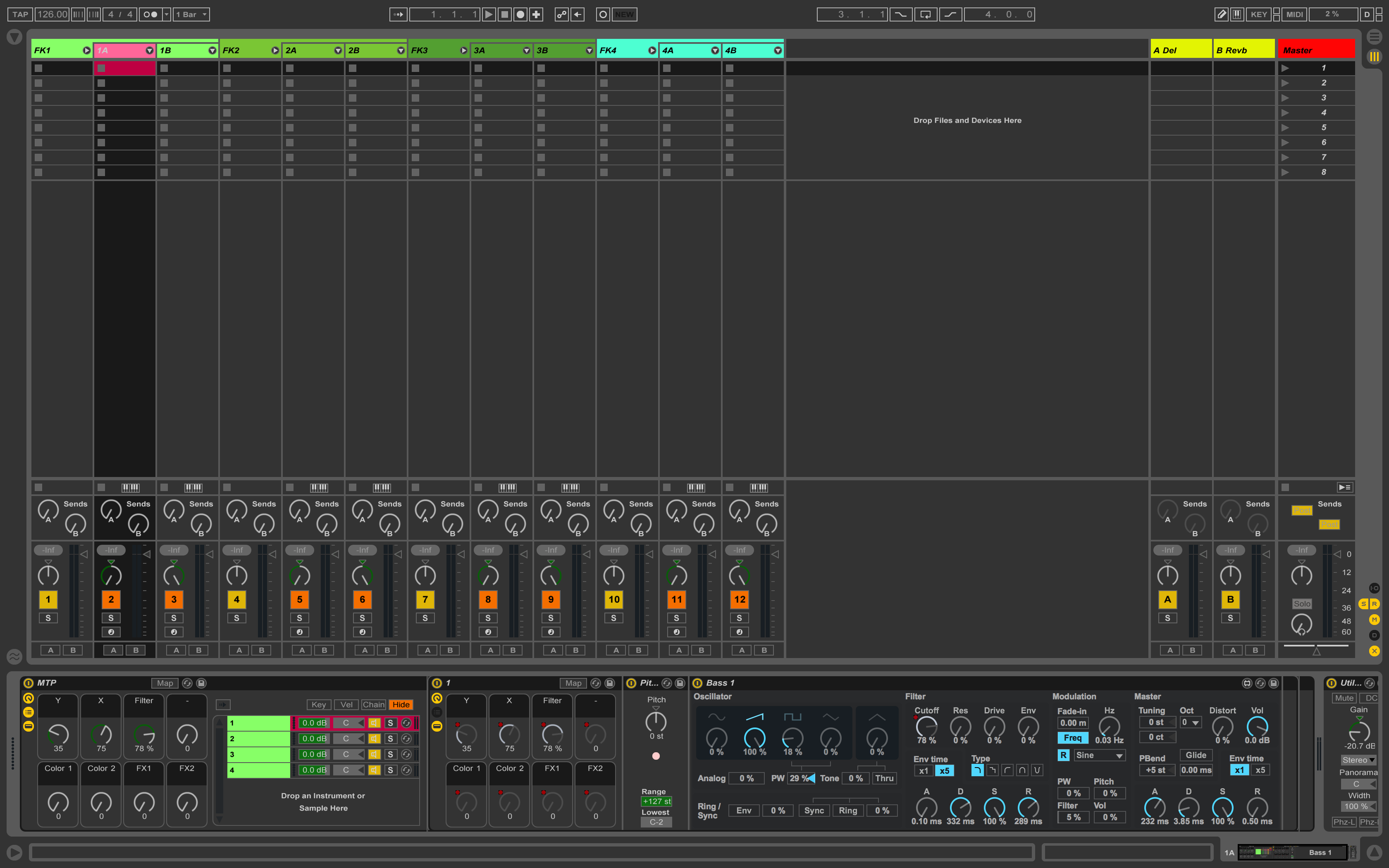 A single track is made up of four instruments:

Let’s now have a look at the MIRA interface. Here’s the control surface... 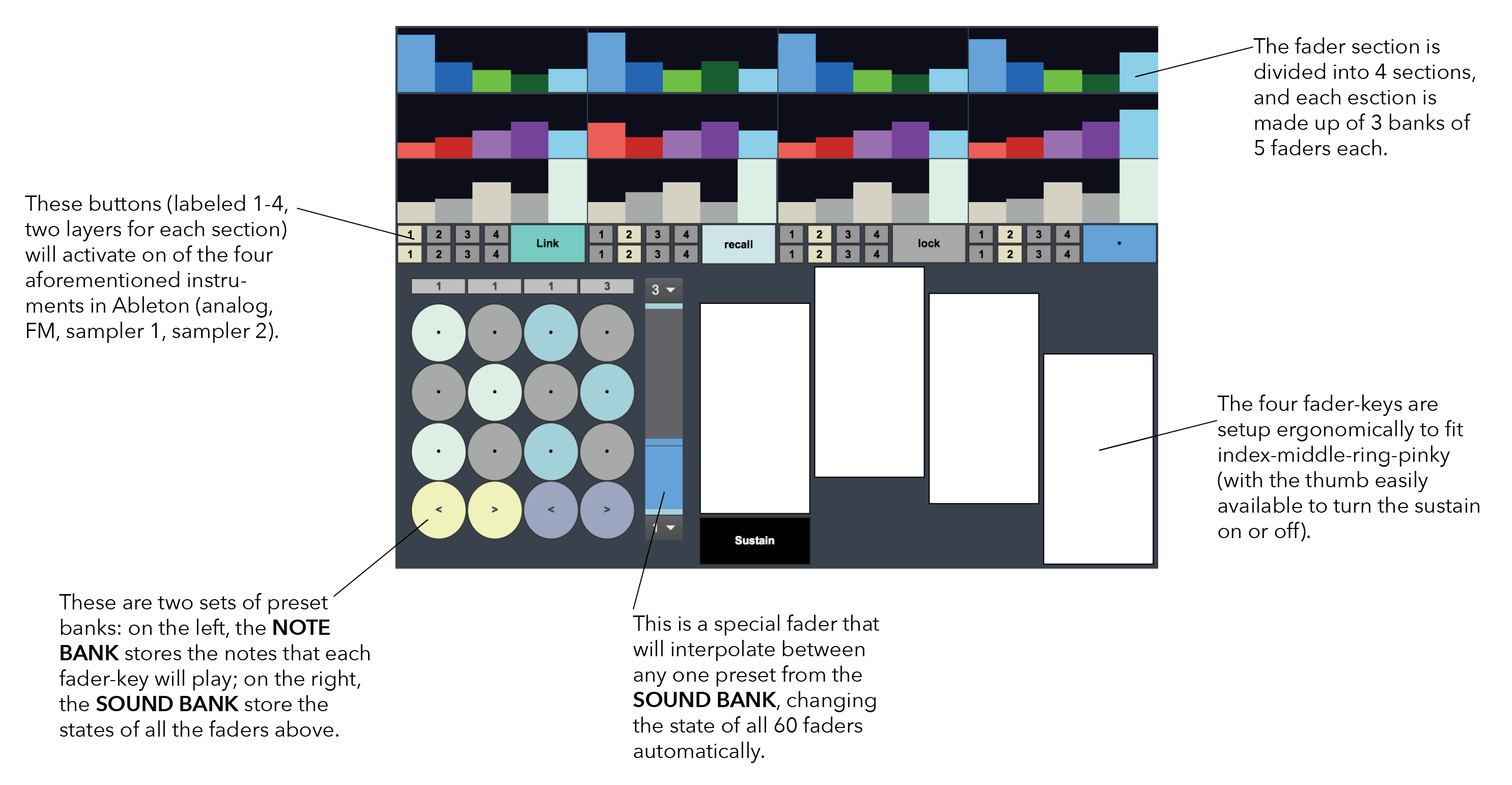 ...divided into the following sections:

Chords: stores respective notes for each pad. Sounds: stores fader settings from the Sound Palette.
There are 6 available presets per bank (the left and right arrows below each bank allows you to access more presets). Each preset bank is independent of the other.

Below is the Chord Maker section, where one can assign a set of pitches for each pad... 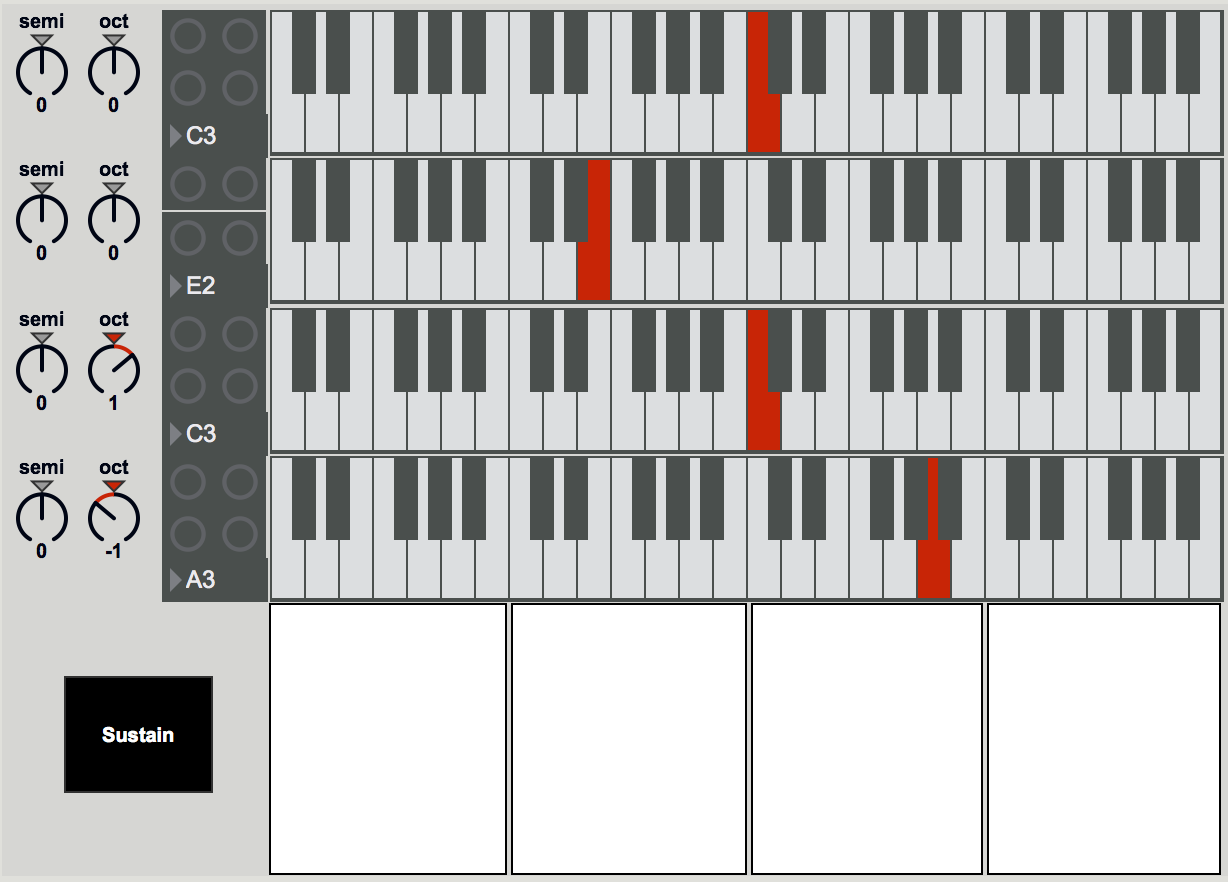